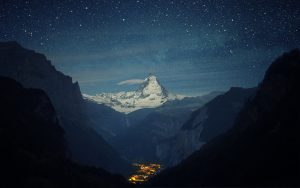 This truth should be one of the founding tenets guiding the understanding of every Christian who, in any measure, considers himself a dispensationalist. As the Sovereign, God has made choices. To begin the Jewish dispensation, God chose and called the Jews as His special people (Deut. 7:6-9). Then later, to begin the Christian dispensation, God chose and called Christians/church as His special people (Eph. 1:3-8, John 15:19, 1 Pet. 2:9). God’s calling of these two groups is distinctly different – the Jews have an earthly calling(Ex. 6:2-8); the church has a heavenly calling (Heb. 3:1). This is the truth which Scripture supports. What Scripture doesn’t support is that Israel has been replaced by the church or that Israel has been merged in with the church. These last two are errors which lead to greater doctrinal misunderstandings.

There exists wide misconception that the modern day Christian church is an extension or the natural progression of Judaism. Here are some articles that use biblical sources and references which refute this idea:

Chapter Twelve – The Church is not Israel; Israel is not the Church

You are here:Home / THE CHURCH IS NOT ISRAEL, AND ISRAEL IS NOT THE CHURCH