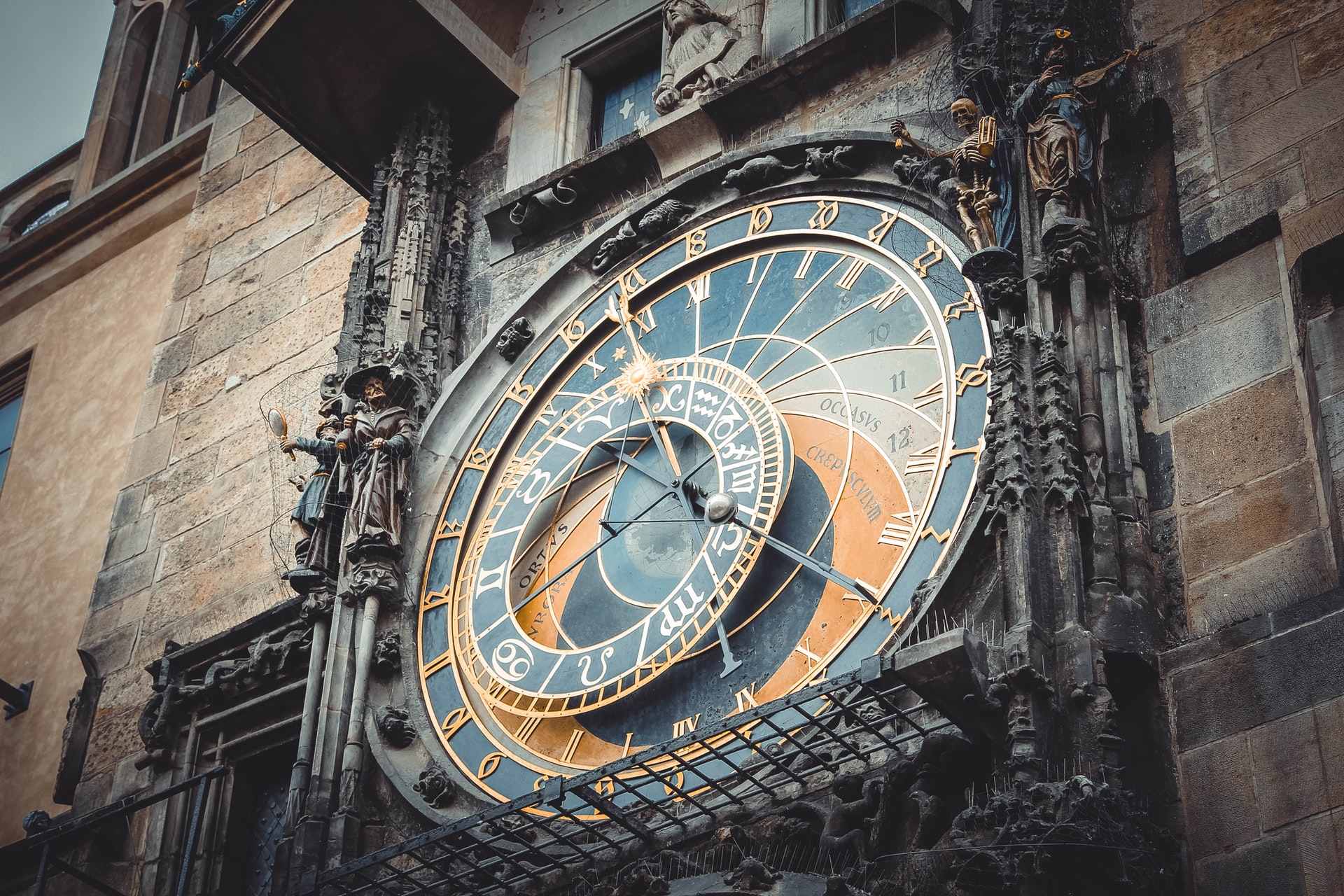 Summary: Published December 2022; The Revelation is a book of prophecy. To understand it you must be able to make sense of  the multitude of symbols and types used by the spirit of God in the book. One of the most significant ones to decipher is the twenty-four elders. Without human bias or guessing, this article uses the word of God to positively identify who are the elders. This should be exciting for any true believer to read…enjoy.

Around the throne were twenty-four thrones, and on the thrones I saw twenty-four elders sitting, clothed in white robes; and they had crowns of gold on their heads.

The first time the twenty-four elders are mentioned in Scripture is in the very last book of the bible – the Revelation. Their initial appearance is in chapter four where they are clothed in white robes and possess crowns of gold for their heads. They are sitting on twenty-four thrones arranged around the throne of the Lord God Almighty. The elders continue to be seen throughout the narrative of the book (Rev. 4:10, 5:5-14, 7:11-13, 11:16, 14:3, 19:4). We should notice a few important constants about them which help us identify who they are – in the book they are always located in heaven and their number never varies.

Their heavenly location is easy to notice in the book. It gives them a definite heavenly character. We could say they appear to be citizens there. Why is this an important observation? It is that when we see in the book different events taking place on the earth, events which occur at different points in time, the presence of the twenty-four elders in heaven remains constant throughout those changing times and events. In contrast to this, the vision of the two groups described in the 7th chapter, the 144,000 Jewish remnant and the innumerable multitude of Gentiles, is anticipatory of the earthly kingdom of Jesus Christ in the future millennial dispensation. Therefore, this vision (chapter seven) is parenthetical – it has been dropped into the narrative between the 6th and 7th seals without any direct relationship to them. It anticipates who God will save on the earth for the future millennium (Rev. 20). The elders are not like this – their numerous appearances in the book are not anticipatory or parenthetical. The elders are part of the continuing narrative; they are associated with the course of the prophecy throughout. And their number never changes – there are no additions or subtractions at any time. When we first see them in chapter four, they are a whole and completed group.

But who are the twenty-four elders? Are they twenty-four specific individuals from the Bible who have died and are now in heaven? Heroes and martyrs and such being honored by God for their great performances and accomplishments? And if men, are they disembodied spirits? Or maybe they are twenty-four special angels being rewarded above their piers for some great act of strength and heroism? Does any of this sound plausible? Are these twenty-four individuals, whether angels or men, identifiable by personal names?

A cursory analysis tells us the Revelation is a book of prophecy (Rev. 1:3). Prophecy frequently uses visions and dreams to reveal the future. These often involve the use of symbols, figures, and types. The twenty-four elders are not twenty-four individual humans or angels. Rather, the elders are a prophetic symbol representing a sizable corporate group – the Old and New Testament saints glorified/perfected, removed from the earth to heaven in the rapture (1 Thess. 4:13-18, 1 Cor. 15:47-55).

What evidence do we have for this? One help is by realizing the Revelation is divided into three divisions (Rev. 1:19):

With the divisions of the book in mind, we are led into some important understandings. The second division is all about God’s assessment/judgment of the history of Christendom as it continues to this present day. The messages to the seven churches are prophetically symbolic. By divine wisdom they portray the condition of Christendom as she progressed in time. Together the seven messages form the complete story of her history in the remaining time of the Christian dispensation – the period which began with the apostle exiled to Patmos and will end with the rapture (the removal of the saints from the earth to heaven, by resurrection and change, fulfilling the believer’s calling and ending the dispensation; 1 Thess. 4:13-18, 1 Cor. 15:45-55). Therefore, the end of chapter three means the end of the present Christian dispensation – beyond chapter three there aren’t any further references to churches or candlesticks (except in the ending salutation of the book, Rev. 22:16). This also means the rapture has taken place before we enter the heavenly scene depicted in chapter four.

Chapter four begins the third division of the book. What we first see is a throne in heaven. But this is not the “throne of grace” associated with believers and the Christian dispensation (Heb. 4:16). Instead, this throne has “lightnings, thunderings, and voices” (Rev. 4:5); it has “four living creatures” serving as its foundations (Rev. 4:6-8). These things were associated with Israel in the previous Jewish dispensation (Ex. 19:16, 20:13, Ez. 1:4-28, 10:1-22). That dispensation had this type of throne – a throne of government affiliated with God’s law and Judaism. And we know that Israel’s calling was never fulfilled. The Jewish dispensation never ended. Instead, it was suspended by God when the Jews became guilty of crucifying His Son. Daniel’s 70-week prophecy predicted this suspension would occur with seven years remaining in the Jewish dispensation (Dan. 10:24-27). Chapter four of the Revelation shows us that God is preparing to count down those last seven years.

The appearance of twenty-four elders in chapter four is a new revelation of Scripture. Isaiah saw God’s throne with seraphim attending nearby (Isa.6). Ezekiel saw His throne with four living creatures serving as its foundation (Ez. 1). Neither account mentions elders. Daniel saw the Ancient of Days seated for judgment and multiple thrones being put in place, but no elders occupying them (Dan.7:9). In the New Testament when Stephen was being stoned, he saw the heavens opened and the Son of Man standing at the right hand of God (Acts 7:56). Still no elders. Not until this last book of the bible do we see elders in heaven and associated with God’s throne.

The end of chapter three is the end of the Christian dispensation. When we move into the heavenly scene in chapter four, the elders are already present. The numerous references to the elders we find are all in this third division of the book. It is very reasonable to assume the elders represent the raptured saints – Old and New Testament saints together, conformed into the image of God’s Son, that is, glorified and perfected, now taking up residence in heaven.

Why the number twenty-four? It is two times twelve. Like the number seven, twelve has a primary meaning in Scripture different from simply counting twelve objects or units. It implies the full human perfection of governmental administrative power. This is seen in the New Jerusalem having twelve gates and twelve foundations (Rev. 21:12, 14, 21) – the gates of a city are the place of judgment. The heavenly city is the organized seat of heavenly power, the capital of God’s heavenly government over the millennial earth. Twelve is also the number of the tribes of Israel and the apostles of the Lord. The twenty-four elders symbol seems to be the mixing together of two distinct groups – the Old and New Testament saints in the rapture (they, the Old Testament saints, should not be made perfect – glorified – apart from us, the New Testament saints, Heb. 11:39-40).

In chapter four the elders are seen with crowns and on thrones; in chapter five they have golden bowls full of incense, which are the prayers of others still on the earth (Rev. 4:4, 5:8). The character of the elders is that of a royal priesthood – the same description Peter uses of the Christian believer (1 Pet. 2:9). Further, in the introductory segment of chapter one, the church responds to the mention of Jesus’ name (Rev. 1:5-6), “…to Him who loves us and washed us from our sins in His own blood, and has made us kings and priests to His God and Father, to Him be glory and dominion forever and ever. Amen” What is anticipatory in chapter one God has made the reality in chapter four.

An additional proof of this is the presence of a sea of glass, like crystal, before the throne (Rev. 4:6). It represents a significant change from the Old Testament laver of Solomon’s temple, which was called the Sea – this contained water used for washing and purifying the Jewish priesthood before they entered the Holy place (2 Chron. 4:6). Keep in mind that in the Holy place was the Holy of Holies with a vail hiding the ark, the throne of God. Only the priesthood had this privilege of entering in and being so near to God. During the Christian dispensation, Jesus our High Priest uses the washing of water by the word for the purpose of purifying believers from defilement we may accumulate on our “walk” in this world (John 13:1-10, Eph. 5:25). The washing doesn’t establish a relationship with God, but instead maintains the Christian’s ongoing communion and fellowship with God (John 13:6-10, 1 John 2:1, Heb. 4:12-16, 10:19-23). But here in Revelation chapter four it is no longer water, but solid glass. This represents a firm and settled purity already accomplished. The priests have now gone in; the possibility of earthly defilement has passed, there is no longer need of cleansing. They have been glorified in the rapture event; there is no longer any chance of defilement or sins.

Who are the twenty-four elders? We have the biblical proof they are not angels – Scripture doesn’t speak of angels in this way. Neither are they disembodied saints who have died and gone on to be with the Lord (Phil. 1:23). Jesus went away in order to prepare mansions for us in the Father’s house (John 14:1-3). He promised He would come back for us and take us there, so that we could be with Him where He went. This also is the promise of the rapture. It is very plain, and we can be confident, that we see the results of the keeping of His promise in the symbol of the elders in heaven.

Who are the twenty-four elders? We must accept the fact of glorified saints enthroned around the throne of God from the time when “the things which will take place after these” commences in chapter four (Rev. 4:1). With this, many other things are implied as a necessity: the descent of the Lord into the air, the resurrection of the dead saints, the change of the living saints, the rejection and forsaking on the earth of the false profession of Christendom, the close of the Christian dispensation. These events had to have taken place at the end of chapter three, Yes, we are well aware the rapture isn’t described there or even mentioned in the text. But the presence of the elders in heaven in chapter four presupposes in the plainest way that this is so. Any other hypothesis is fairly untenable.  The promise of the rapture is confirmed in New Testament Scripture (1 Thess. 4:13-18, John 11:25-26, Matt. 13:30). It is just a matter of  understanding its timing. These events take place at the end of chapter three because the elders are present in heaven in chapter four.

You are here:Home / Believer’s Hope / PROPHETIC TYPES AND SYMBOLS – WHO ARE THE TWENTY-FOUR ELDERS IN THE REVELATION?