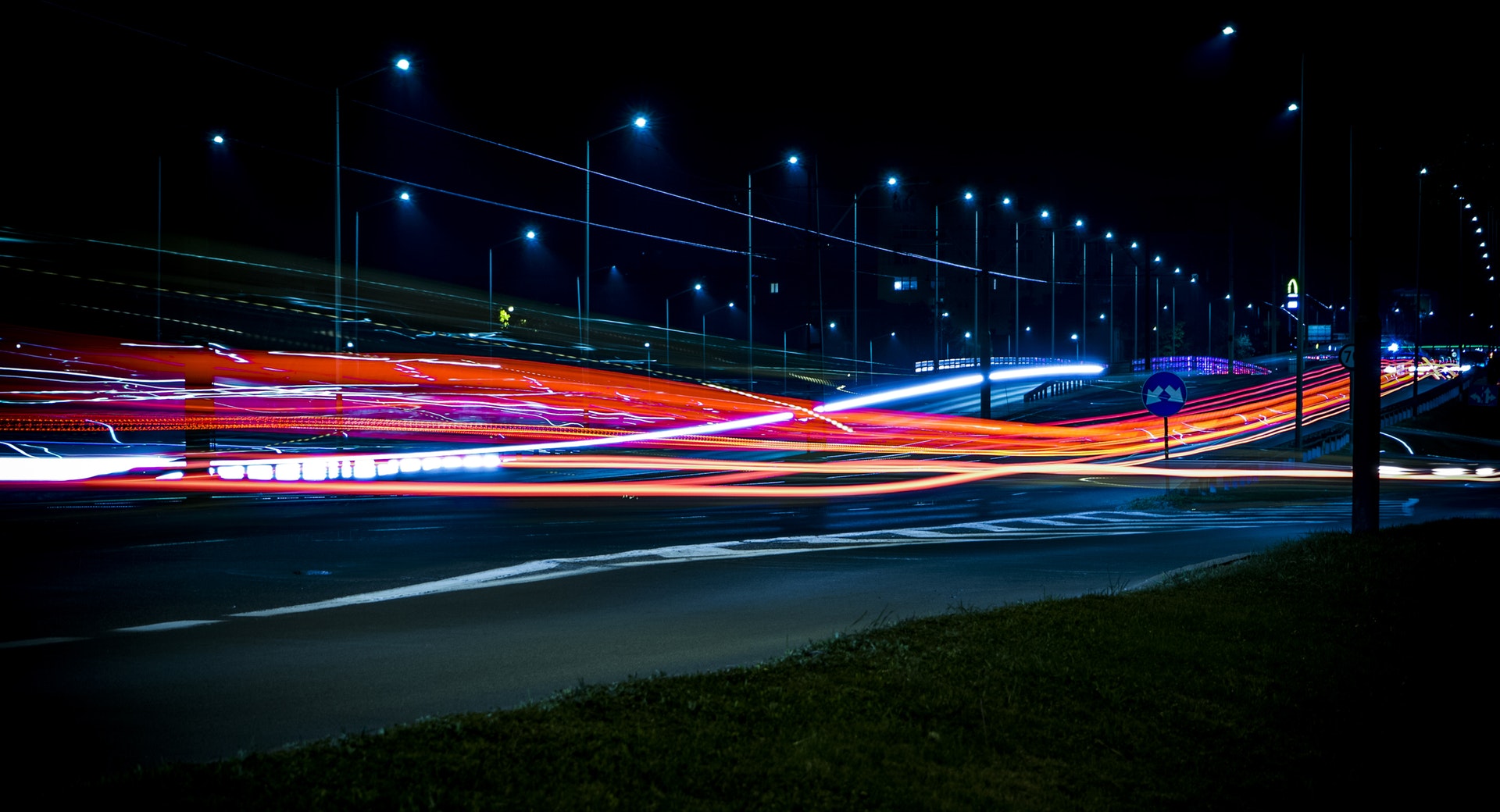 Summary: Written and Published February, 2020: Allow me to address another misuse of Scripture having to do with this topic of eternal life. As believers, we really have to be careful of the kind of teachings and ministries we allow ourselves to come under the influence of. Just about anything these days can have the name of Jesus Christ slapped on it and peddled as Christian ministry, whose teachings will revolutionize your life. Unfortunately, the low commitment of most Christians to the study of God and His word has provide a place today  for these worldly and materialistic ministries. It only adds to the corruption and ruin of Christendom in God’s eyes. Here I ask all believers to beware of those who teach that God wants you to live as a king – no waiting for it, but now!

In Romans, when comparing the work of the two Adams, the Holy Spirit though Paul makes this statement:

For if by the one man’s offense death reigned through the one, much more those who receive abundance of grace and of the gift of righteousness will reign in life through the One, Jesus Christ.

There are Christian teachers today who headline their ministries with the phrase “reigning in life as kings”, teaching all who unfortunately fall under their influence that God’s will for all Christians is that they reign as kings in their present natural lives now. The supposed scriptural proof as the launching point is the above verse from Romans. These ministries are grace or faith messages which allegedly teach the means of filling the believer’s life with prosperity and temporal blessings.

Is that what the Spirit is teaching through Paul in Romans? – that Christians should live like kings in this world and on this earth at this present time? Unfortunately, the tenor and flow of New Testament scripture, especially those parts which are specifically teaching Christian life and discipleship, contradict such aspirations. If we go a little farther in Romans, we find one of those prominent contradictions:

16 The Spirit Himself bears witness with our spirit that we are children of God, 17 and if children, then heirs—heirs of God and joint heirs with Christ, if indeed we suffer with Him, that we may also be glorified together.

18 For I consider that the sufferings of this present time are not worthy to be compared with the glory which shall be revealed in us.

It certainly is good that it is stated we (Christians) are heirs of God and joint heirs with Christ. I believe this with all my heart and appreciate the kindness and love of God in doing so for all His children. God cannot lie and will be found faithful to keep all He has promised. But being named an heir and the time when you receive the inheritance are two different things. We will not enjoy the inheritance of all things until it is actually given by God to Jesus Christ. And that hasn’t happened yet. It will not happen at this present time, that is, during the Christian dispensation. I can point you to a chapter in the book of Revelation which indicates the general time in the future when the inheritance will be given – Revelation chapter five. The events of that chapter take place in heaven sometime close to the beginning of the future tribulation. A principle worth knowing about the inheritance is that God will not give it until all the heirs are assembled together in one place before Him. The visions of chapters four and five in the Revelation fill these requirements – John is called up to heaven and sees God our Father sitting on a throne; Jesus, the Lamb slain, is in the midst of the throne; the twenty-four elders represent the heavenly saints in heaven after the rapture of the church.

If believers don’t possess the inheritance at this present time, do you think they are to be reigning as kings without it? Better still, will Christians reign as kings on the earth before Jesus does? We know that after His resurrection, all power and authority in heaven and on earth was given to Him (Matt. 28:18). But again, there’s a difference between having title to all power and exercising it. At this present time, and yes, during the entire Christian dispensation, Jesus sits at the right hand of the throne of God…waiting…until (Heb. 10:12-13). Waiting for what? Until it is God’s time for Him to exercise all authority and power. Waiting until it is God’s time for Him to come forth out of heaven and show to the world below, by great power in judgment, He is King of kings, Lord of lords over all (Rev. 19:11-21). But that is an event in the future. Now He waits…

If then you were raised with Christ, seek those things which are above, where Christ is, sitting at the right hand of God. 2Set your mind on things above, not on things on the earth. 3For you died, and your life is hidden with Christ in God. 4When Christ who is our life appears, then you also will appear with Him in glory.

What is the characterization of Jesus sitting at the right hand of God? In the above passage, the Spirit indicates that being at God’s right hand in heaven, Jesus is hidden in God (Col. 3:1-4). Hidden from whom? A little analysis of the passage shows He is hidden from the world at this present time. Also, the passage teaches that all those who died with Christ and were raised with Him (Christians) have their present life hidden with Christ in God, for He is our life. The appearing to the world, both of Christ and we with Him, doesn’t take place until we are all with Him in glory. At the present time, and again, during the present Christian dispensation, the character of our life is as hidden apart from the world’s view. Does a life hidden sound like it would be reigning as a king in life on the earth? This entire passage is a contradiction to that worldly and popularized message.

Jesus instructs all Christian disciples to deny themselves, and take up their cross, and follow Him (Matt. 16:24). Our present Christian life is to be lived as a Christian disciple following the example of Jesus Christ. The world hated and persecuted Him, giving Him a cross to suffer and die on. His true disciples follow the same path, His life as our example. But allow me to ask the obvious. How are you to manage reigning like a king in life when you are denying yourself and carrying a cross?

Let us go back to the passage in Romans we quoted earlier (Rom. 8:16-18). The Spirit through Paul says, “…if indeed we suffer with Him, that we may also be glorified together.” For the joint heirs with Christ, “glorified together” references a future time, a future dispensation different from the present one. That leaves “we suffer with Him” as the believer’s portion during their lives in the present dispensation. He immediately confirms this thought in the next verse – “For I consider that the sufferings of this present time are not worthy to be compared with the glory which will be revealed in us.” Does this mean that now, in our physical lives on this earth as Christian disciples, we should be living like kings?

If we go back to our original passage (Rom. 5:17), it should now be obvious that “…will reign in life through the One, Jesus Christ,” is not speaking about the believer’s present physical life as a Christian disciple. What is the Spirit referring to? If we correctly view the context, reading through the end of the chapter, it should be clear that the use of the word “life” is always referring to eternal life (Rom. 5:21). Christians will reign in eternal life. It is eternal life being received in result of the things mentioned in verse seventeen – the abundance of grace and the gift of righteousness. It is eternal life that is given as the result of the grace of God abounding to us through the one Man, Jesus Christ. It is not a present physical life being given through grace.

You might say, we have received eternal life now. That is true, and a blessed reality for all those who by faith in Christ are redeemed as children of God. But we all know that we aren’t in the glory yet, that the eternal life we are assured of already possessing as true Christians has yet to swallow up the mortality of our physical bodies. We’ve been given the Holy Spirit as the proof that we are, in fact, children of God (Rom. 8:15-16), and by Him cry out in our hearts, “Abba, Father.” But as yet, we do not have glorified bodies and we are not in the glory. We wait; we patiently wait; we wait with Christ, as He waits. And as the guarantee of this as well, the bodies and the glory, God has given the Spirit to us (2 Cor. 5:1-5, Eph. 1:13-14).

Here is a final passage for this article. One day the mother of James and John came to Jesus with her sons, asking that when Jesus came into His kingdom, her two sons could sit right and left of Him on His throne. When the rest of His disciples caught wind of this request, they were all upset.

24 And when the ten heard it, they were greatly displeased with the two brothers. 25 But Jesus called them to Himself and said, “You know that the rulers of the Gentiles lord it over them, and those who are great exercise authority over them. 26 Yet it shall not be so among you; but whoever desires to become great among you, let him be your servant. 27 And whoever desires to be first among you, let him be your slave— 28 just as the Son of Man did not come to be served, but to serve, and to give His life a ransom for many.”

How does a Christian fill the role of a servant and slave, while living and reigning like a king? Jesus didn’t come to live His life as a king and be served. He came to serve and lay down His life for others. Philippians 3:6-8 tells the history of His life and its purpose. His being exalted came after His service was completed (Phil. 2:9-11). For Christians, there is always the things which come first and the things which follow later, and the understanding of the timeframes involved in both. For now, our portion is to suffer with Christ, to be hated by the world in which we are only strangers and pilgrims, to take up our crosses of rejection and follow Him. Later there will be glory. Then we will certainly reign as kings in eternal life.