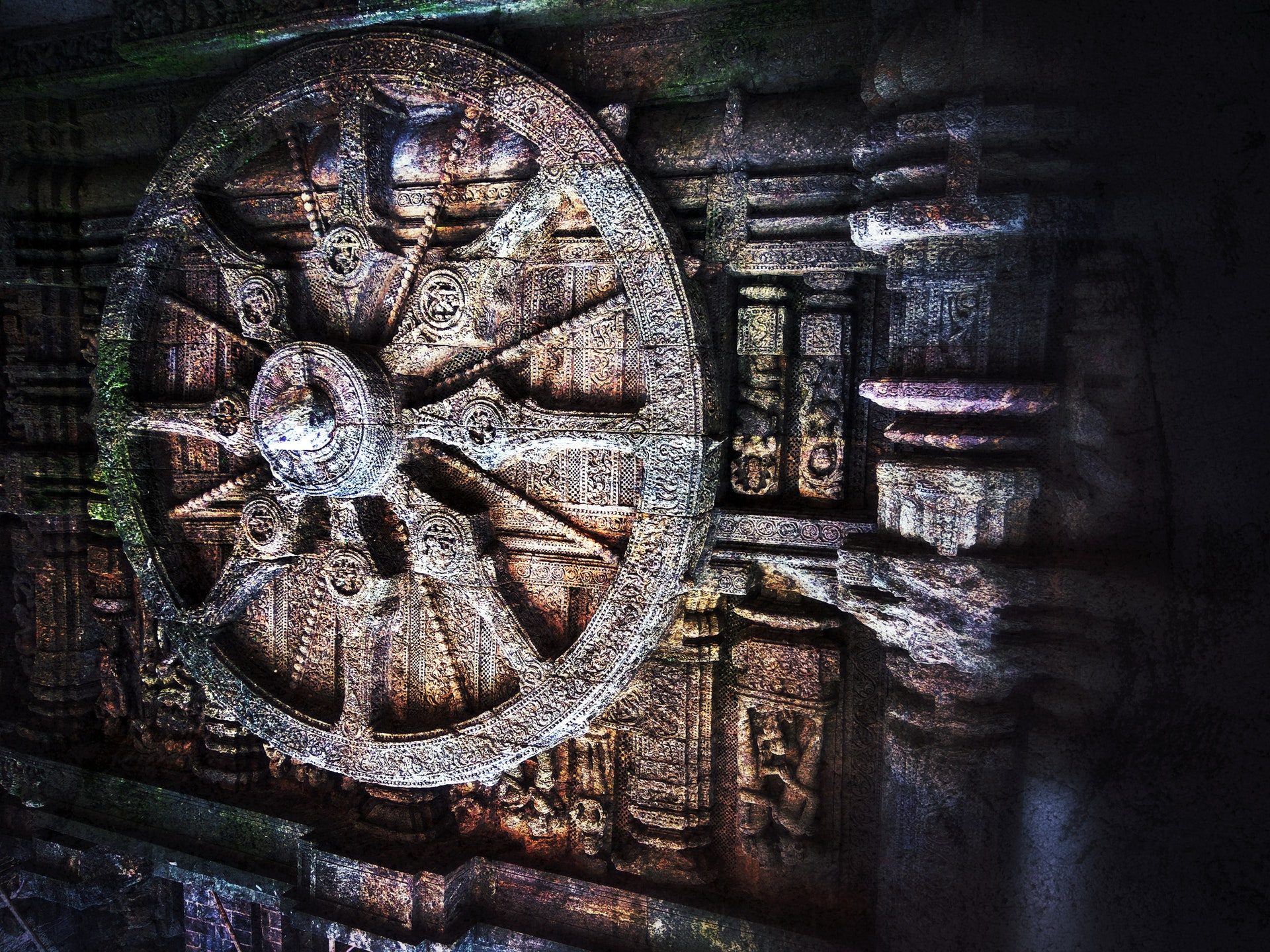 Summary: Written and Published in February, 2020: The names by which God revealed Himself to Israel are different from what He used in revealing Himself to the church. The names speak of specific character of God which becomes intimate in the existing relationship. These relationships exist in different periods of time known as dispensations, depending on the calling of the group God is presently acknowledging. By seeing the use of these names in Scripture and knowing their specific associations, we are enabled to better distinguish between the dispensations, their principles and character.

I would like to eventually speak of the relationship that all true Christians have with God. This is a relationship which is specific for Christians and is very different from the one existing between the Jews and God. These differences become key understandings in dispensational teachings, where it is important to be able to distinguish between Israel and the church in Scripture. Without possessing this ability, one easily falls into judaizing the Christian faith where our competence for rightly dividing of the word of truth is greatly diminished. I strongly feel that a simple system of dispensational theology does the best job and provides the most help in navigating Scripture. Three dispensations of time – Jewish, Christian, and the millennium.

It is simple having only three dispensations to comprehend. It gets even easier when we realize the future millennium will be the time in which all the failure of the Jewish dispensation will be made good by God. These two periods of time are remarkably similar, sharing the same Jewish principles and religion. This, as you can see, further simplifies things. The three dispensations only involve the two religions ever sanctioned by God, the two callings ever given by God, the two corporate groups ever known as chosen by God, and the only two transition periods between dispensations that can be found in Scripture – all serves to verify the existence of only three dispensations, of which two are practically the same (remembering that the Jewish dispensation was the failure of Jewish promises, calling, and principles, while the future millennium will be the success of these things through the sovereign grace and power of God).

What we also find is that God revealed Himself distinctly and differently in the two religions (Judaism and Christianity) and to the two groups (Israel and the church). God revealed Himself differently in character and relationship associated with the two groups, seen in His different names by which He was known specifically to them. This article takes up the Jewish connection.

2 And God spoke to Moses and said to him: “I am the Lord. 3 I appeared to Abraham, to Isaac, and to Jacob, as God Almighty, but by My name Lord I was not known to them. 4 I have also established My covenant with them, to give them the land of Canaan, the land of their pilgrimage, in which they were strangers. 5 And I have also heard the groaning of the children of Israel whom the Egyptians keep in bondage, and I have remembered My covenant. 6 Therefore say to the children of Israel: ‘I am the Lord; I will bring you out from under the burdens of the Egyptians, I will rescue you from their bondage, and I will redeem you with]an outstretched arm and with great judgments. 7 I will take you as My people, and I will be your God. Then you shall know that I am the Lord your God who brings you out from under the burdens of the Egyptians. 8 And I will bring you into the land which I swore to give to Abraham, Isaac, and Jacob; and I will give it to you as a heritage: I am the Lord.’”

For its content, this passage is amazing. There are numerous biblical principles and institutions referred to in it. Being from the book of Exodus, the passage has a distinct Jewish character. In it we see Israel’s calling to possess the land, promises made to the forefathers now to be assumed by their descendants, the covenant God made with the patriarchs ready to be fulfilled in the children, and the physical deliverance and redemption of the Jewish nation about to take place. The patriarchs of Israel are identified, as well as the name by which God revealed Himself to them – Elohim El Shaddai (God Almighty). The character of being delivered from their enemies through the judgments of God can be attached to the nation of Israel from this passage – a character which becomes an integral part of their history. The Jews would be chosen by God and known as God’s people, and He as their God – the phrasing which would, from that point forward, describe their relationship with God as well as the different times when God would recognize His calling of them.

But also instructional from the passage is God revealing Himself to the Jews and for the Jews by the name Jehovah (Lord). To the patriarchs He made Himself known as God Almighty – the God who could protect and deliver them by His awesome power. But Abraham, Isaac, and Jacob did not know God as Jehovah. It would be in His relationship with Israel He would be known as such.  To this nation Jehovah is the One who never began and will never end, the self-existing God (I AM WHO I AM), He who is and who was and who is to come, who will always be faithful to keep His promises and covenants to them.

Jehovah is the name of the Jewish God. It characterizes Israel’s relationship to the one true God they were fortunate to know and worship. The practice of their religion centered on Jehovah, His law, and the keeping of His covenant. He chose them to be His people. In turn, He would be their God.

It isn’t that God discarded the name El Shaddai in order to now take the name Jehovah. Abraham, Isaac, and Jacob were the forefathers of the Jews. They have this intimate physical connection. How God was known in relationship to the fathers would continue in His relationship with the children.

There is one other name of significance by which God made Himself known to Abraham. After God orchestrated the defeat of all his enemies, Melchizedek, a kingly priest, meets with Abraham in order to bless him. He is a mediator, representing the God Most High, possessor of heaven and earth.

Then Melchizedek king of Salem brought out bread and wine; he was the priest of God Most High. 19 And he blessed him and said:

And he gave him a tithe of all.

When the types are worked out from this passage, we understand that its greater fulfillment points to the future time of the millennial dispensation. Abraham represents the nation of Israel after the defeat of all their enemies in the future tribulation. During the millennium, Israel will be restored and physically blessed by a kingly priest on the earth – we all know that Jesus fulfills this type; He is the coming kingly priest, of the Melchizedek order. He will be the mediatorial representative of the God Most High above, who has recently become again the Possessor of heaven and earth.

These four names – Jehovah, Elohim, El Shaddai, Most High – are what we find in the Old Testament associated with God’s relationship with Israel. They are particularly associated with the Jewish dispensation. Most High – Gen 14:18-20; Elohim El Shaddai – Gen. 17:1; Jehovah – Ex. 6:1-8. Here we have a passage in the Psalms where all four names appear together in just a few verses:

He who dwells in the secret place of the Most High
Shall abide under the shadow of the Almighty.
2 I will say of the Lord, “He is my refuge and my fortress;
My God, in Him I will trust.”

The Psalms are particularly Jewish in character. The largest portion of them is best viewed as giving a prophetic voice to the future end-time Jewish remnant. In many of the Psalms you see this future remnant crying out for deliverance from their enemies (during the future tribulation). They will eventually be saved from them by the Lord and physically blessed in the land during the millennium. These are writings which are associated with both the past Jewish dispensation and the future millennium.

Earlier we briefly discussed that the future millennium will be the making good, by the sovereign grace and power of God, all the failure of the Jewish dispensation. Even though these two dispensations do not follow each other in order of time, they are similar and intimately related in character and principles. The future tribulation is the transition period between the present Christian dispensation and the future millennium. It will be a time when God again recognizes the calling of Israel (Rev. 7:1-8). What we find in prophetic descriptions of the tribulation and millennium is the use in Scripture of the names of God which were associated with the previous Jewish dispensation and God’s relationship with Israel.

“I am the Alpha and the Omega, the Beginning and the End,” says the Lord, “who is and who was and who is to come, the Almighty.”

The four living creatures, each having six wings, were full of eyes around and within. And they do not rest day or night, saying:

“Holy, holy, holy,
Lord God Almighty,
Who was and is and is to come!”

“Great and marvelous are Your works,
Lord God Almighty!
Just and true are Your ways,
O King of the nations!
4 Who shall not fear You, O Lord, and glorify Your name?
For You alone are holy.
For all nations shall come and worship before You,
For Your judgments have been manifested.”

But I saw no temple in it, for the Lord God Almighty and the Lamb are its temple.

You may have noticed all four of these passages are from the book of Revelation. They all reference either the future tribulation or millennium. These are the names of God as He revealed Himself in the character of His relationship with Israel in the past, and as He will make this relationship good for them in the future.

But this is very different from the name and character He reveals in His relationship with Christians/church. God willing, this we will discuss in the following article.

You are here:Home / Articles / THE REVELATION OF GOD’S RELATIONSHIP WITH ISRAEL