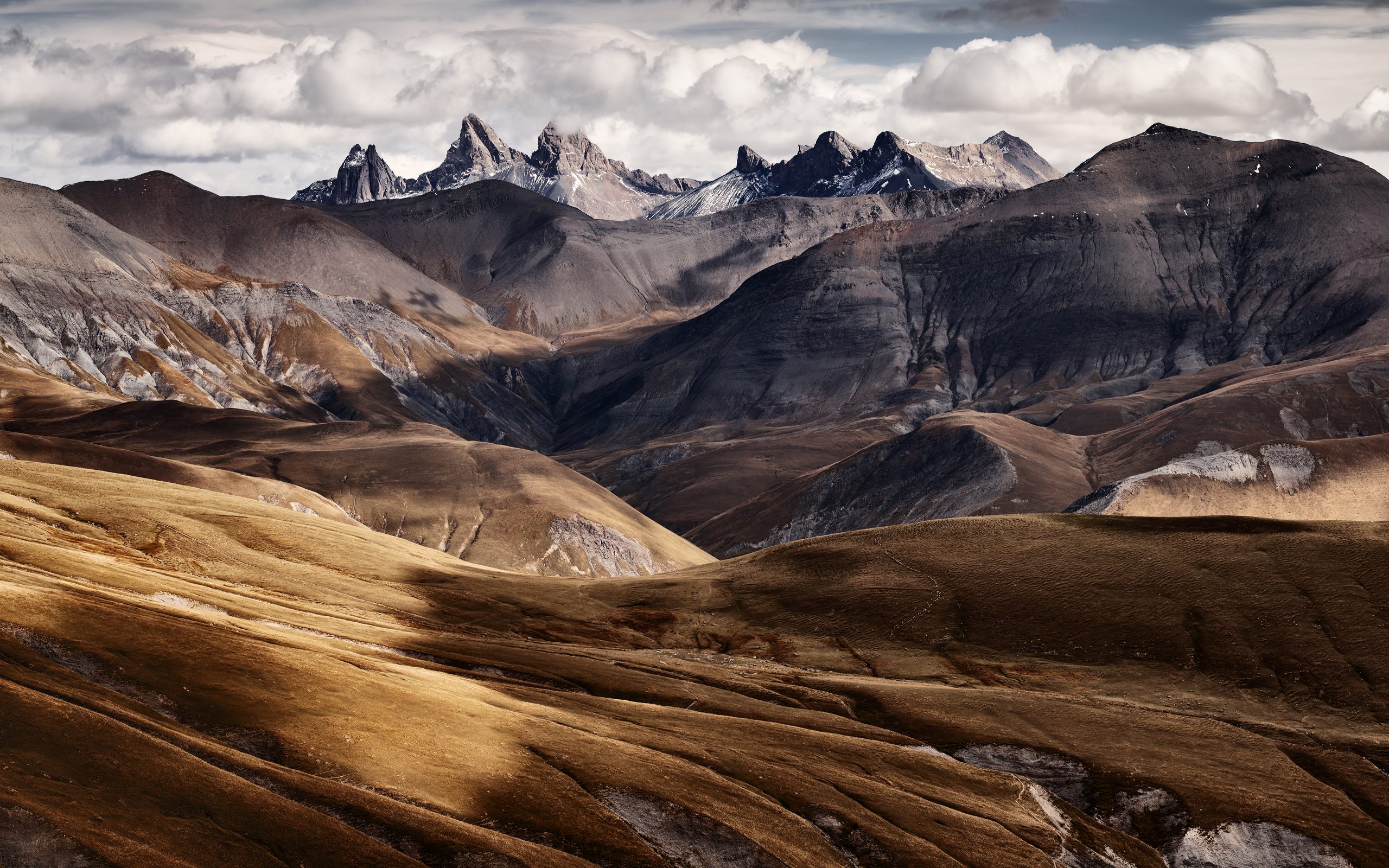 Summary: Published February, 2020: In a previous article, I wrote about the Lord’s baptism as it is recorded in Matthew’s gospel (Post #71). It is an insightful teaching which unveils the big picture in the Holy Spirit’s mind concerning the event, and its relationship to the overall themes presented by the Spirit in his gospel. This article has the similar purpose of wanting to comprehend the bigger picture associated by the Holy Spirit with the event. I feel it is only by understanding the big overall picture presented, that we learn both the ways and counsels of God, for this is how we learn God.

I am always more interested in seeing the big picture that God paints in Scripture, rather than fussing over minors and minutiae. There is a big picture, a broad general lesson if you will, to learn from most accounts and passages we find in Scripture. This is certainly the case with the wilderness temptation of Jesus by Satan that followed His baptism (Matt. 4:1-10, Mark 1:12-13, Luke 4:1-12). Actually, we will be blessed to discover more than one big lesson associated with this event.

When reading in the four gospels, it is always important to get a sense of the overall emphasis of the event or passage. Generally speaking, the gospels are a big part of the transition period between the Jewish and Christian dispensations. It becomes important for all Christians who commit to the study of Scripture to learn how to distinguish between Jewish teachings and Christian teachings, between events to which the Spirit of God gives a Jewish perspective or a Christian perspective.

An example of this can be found in the Lord’s use of these two titles in the gospels – Messiah and Son of Man. Were you aware that Jesus only once referred to Himself as the Messiah? Now this is a Jewish title with an overwhelming Jewish perspective – it refers to Son of David, King of Israel, Anointed of Jehovah. However, without actually doing the math, we could reasonably say that 99% of the time Jesus refers to Himself in the gospels He uses the Son of Man title. This references Adam, the first man (Ps. 8) and points to Jesus being the last Adam, the second Man (1 Cor. 15:45-47). This title has a perspective which includes all mankind, the entire human race. The general scope and meaning of the Son of Man title far exceeds that of Messiah. The law, which contained the prophetic promise of Messiah, was given only to Israel. The Christian gospel, which is based on the suffering, death and resurrection of the Son of Man, is God’s offer of grace to the whole world.

If we look at the accounts of Satan’s temptation of Jesus, what overall perspective does the story hold? Is this a Jewish perspective or a Christian perspective? It may be easier to ask which of the two titles is the Spirit impressing on these accounts? Is Jesus being tempted while in the role of Messiah or Son of Man? Well, we know that the devil came to the first man and tempted him. Here he comes to Jesus in a similar way and for a similar purpose. Jesus is in the role of the Son of Man, the last Adam, undergoing the deceitful temptations of Satan. Do we see any more similarities or direct contrasts with Adam? Well, the first man was in paradise where he was surrounded with everything good. Jesus is in the world as a wilderness, surrounded with the misery and ruin of mankind. The circumstance and condition of their surroundings when tempted were opposite to each other. What else can we say? Most importantly, where the first man disobeyed the will of God and was defeated by the enemy, bringing in untold misery and ruin, the last Adam shows perfect obedience to the will of God and defeats the enemy, binding the strong man in order to spoil his goods, paving the way for untold blessings for mankind through Him. All these things point to Jesus as the Son of Man.

Another big picture lesson from the story involves perceiving the general nature of the temptations by Satan. This important lesson can be learned without having to separate the three temptations, breaking them down in order to analyze them individually. What was the devil trying to get Jesus to do?  Overall, his temptations were his attempts to induce Jesus, as a man, to act from His own will – that which leads into sin when any man listens to and does his own will. Again, we have the first Adam as an example. From the Genesis account of man being placed in paradise we learn this biblical principle – it is the responsibility of every man to obey the will of God, his Creator (Gen. 2:15-17). When tempted by the serpent, what the first Adam did was to distrust God and act in his own will separate from God. His one act brought in all the misery and ruin. However, Jesus, the last Adam, without exception in His life and ministry, is always saying and doing His Father’s will instead of His own (Luke 22:42).

“For I have come down from heaven, not to do my own will, but the will of Him who sent Me.”

Then Jesus answered and said to them, “Most assuredly, I say to you, the Son can do nothing of Himself, but what He sees the Father do; for whatever He does, the Son also does in like manner.”

“I can of Myself do nothing. As I hear, I judge; and My judgment is righteous, because I do not seek My own will but the will of the Father who sent Me.”

5 Let this mind be in you which was also in Christ Jesus, 6 who, being in the form of God, did not consider it robbery to be equal with God, 7 but made Himself of no reputation, taking the form of a bondservant, and coming in the likeness of men. 8 And being found in appearance as a man, He humbled Himself and became obedient to the point of death, even the death of the cross.

There isn’t anything more humbling for a man than obedience to the will of another; this speaks of the Lord’s willing humiliation and servant-hood. Jesus shows perfect obedience to God and His Father. He becomes the perfect example for the Christian to follow (1 John 2:6).

As the Son of Man, Jesus takes our place in the conflict with Satan. As the devil did with Adam, his desire is to get everyone to act in their own will. For fallen mankind, this always results in sinning (Isa. 53:6). Even though Jesus had fasted forty days and nights and was very hungry, and even though He was the Son of God, the turning of stones into bread would have been wrong for Him – He had no word from God to do so. He never acts in His own will, but maintains His position as the obedient Man.

If the second Man had failed as the first Adam did, all was ended and lost. Jesus had to overcome Satan for us and do so as a Man. And He wasn’t in paradise, but in the wilderness – the moral position of the world in ruin and as ruled over by Satan. But the Lord gained the victory; the strong man of the house was bound, and Jesus returns from the desert in the power of the Spirit, to spoil all the devil’s goods (Mark 3:27, Acts 10:38).

We must not think that the victory Jesus gained over Satan in the wilderness is atoning or redemptive work on our behalf. It isn’t. The work of the cross alone, which provided the sacrifice acceptable to God, is redemptive. However, His success under temptation was significant – there simply wouldn’t have been any cross and redemption without it first. Jesus, the last Adam, had to face the devil and defeat him, so that He could later be that spotless, sinless sacrifice for our sins. Besides this, what we do have in the story is Jesus, the obedient Man, as the best example of how any believer should always set his own will aside in order to do the will of his God and Father. Related to this lesson are the examples of the three temptations themselves, and the way Jesus overcomes Satan in them.

All the above is the overall perspective presented by the Holy Spirit of the Lord’s wilderness temptation. In summary, Jesus is in the role of the Son of Man as the last Adam. Therefore, there exist numerous things in the Lord’s circumstances and experience which are easily noticed similarities and contrasts to that of Adam, the first man. Also, there is the example Jesus becomes for the Christian by His thoughts and actions, always humbly maintaining the position of the obedient Man, never doing His own will, but that of His Father in heaven. As we can see, instead of being Jewish, these passages have a definite Christian flavor and instruction.

You are here:Home / Articles / THE TEMPTATION OF JESUS IN THE WILDERNESS