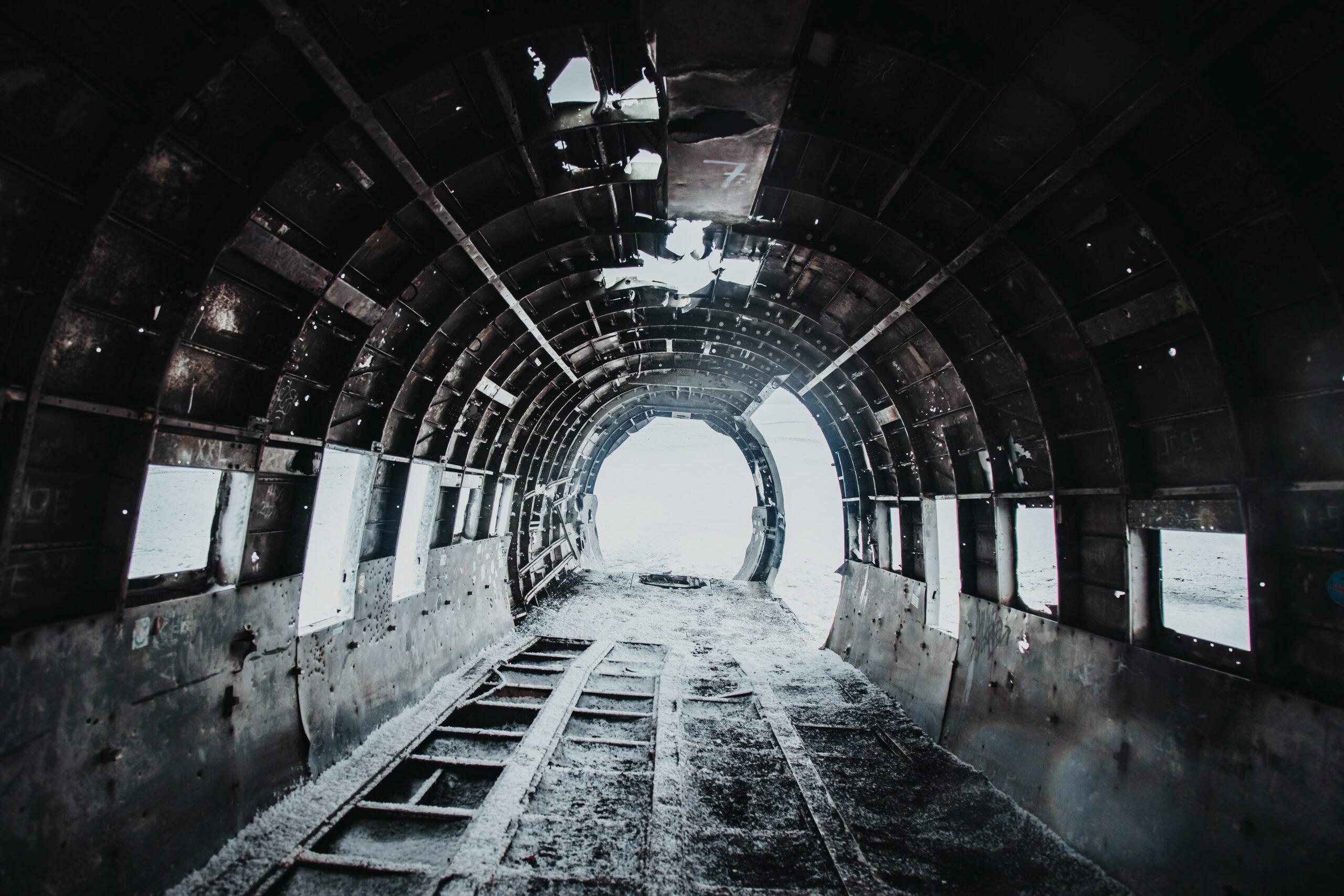 Summary: Written and Published May 12, 2021: This article is similar to Post # 73, The Failure of Man – Its Biblical History. What’s different is that we quote a passage from Stephen’s condemnation of Israel in Acts 7. This shows that in God’s eyes Israel’s failure with idolatry in the wilderness at the beginning of the Jewish dispensation directly led to the destruction of Jerusalem and her temple, as well as the captivity of the Jews to Babylon. Israel only had two responsibilities given to them by God in their dispensation: keep and obey the law, and receive their Messiah when He came. This connection shows their failure with God’s law and its eventual consequences. Even though this is an important understanding for dispensational teaching, especially the Jewish dispensation, it is part of a broader truth concerning mankind.

From the very beginning of time the things God entrusted to man’s care he failed in, and the ruin of what was set up by God became a settled thing. When Adam was given charge over God’s lower creation, his disobedience brought sin and defilement upon it, the burden of which it still caries to this day. Also, by Adam’s sin man’s innocence was eternally lost; he instantly became a fallen sinner. He gained the knowledge of good and evil under the power of sin. This new state passed on to every human being – the ruined condition of the children of Adam.

This failure has been repeated again and again in Scripture, to the point that it is an established biblical truth. When Noah was entrusted with the authority of government to restrain mankind’s evil nature in the new world after the flood, he immediately got drunk, and his son disrespected him. When Israel was brought before Jehovah at Mt. Sinai, after He delivered the entire nation from slavery in Egypt, they made a golden calf and worshiped it before the stone tablets of the law made it down the mountain. The seeds of rebellion and apostasy were taking root at the very beginnings. When priesthood was instituted, Aaron’s sons offer strange fire to God on the first day of service. They fall dead under the judgment of God and Aaron is barred from ever entering the holy place in his priestly robes and vestures. Later, when Israel demanded they have a king like the Gentiles, God gives them Saul, a man of great stature and physical appearance. He miserably failed as Israel’s first king. The son of David was given wisdom and riches above any man. He succumbed to his many wives and mistresses, along with their idols, and the nation was split in two from the time of his death. When world government is given to the Gentiles, Nebuchadnezzar sets up a golden idol in the plain of Dura, forcing universal worship and persecuting the people of God (Dan. 3). When God Himself took on human flesh, He came to His own chosen people. They rejected Him and put Him to death on a cross.

In every case, man’s care for what God has established for his blessing, he has ruined. Look at God’s testimony of the Jews given by Stephen when he was about to be stoned by them.

You also took up the tabernacle of Moloch,
And the star of your god Remphan,
Images which you made to worship;
And I will carry you away beyond Babylon.’

Here the failure of Israel in the wilderness is connected with the Babylonian captivity, though a great number of years intervened. The responsibility God gave Israel for keeping the law, obeying the covenant, was completely compromised in the wilderness. There they took up the tabernacle of Moloch and the star of Remphan. Babylon and its captivity, as well as the destruction of Jerusalem and its temple by Nebuchadnezzar, was the necessary result of the failure.

Look at the New Testament Church before the apostles had passed off the scene. It was the mercy of God that they had not passed away before we get God’s testimony and judgment of the condition of things. Evil and corruption entered her in the first century. John tells us we know it is the last hour because the evil of many antichrists has already become part of the church world.

Then we have the apostle Paul’s testimony to the Thessalonians. This was the second epistle Paul had written as an apostle, the first being the previous letter he had written to them. Again, it is the wisdom of God to have allowed the entrance of this evil early on, so that there would exist the testimony of it in God’s word, serving as a divine warning for us today.

3 Let no one deceive you by any means; for that Day will not come unless the falling away comes first, and the man of sin is revealed, the son of perdition, 4 who opposes and exalts himself above all that is called God or that is worshiped, so that he sits as God in the temple of God, showing himself that he is God.

5 Do you not remember that when I was still with you I told you these things? 6 And now you know what is restraining, that he may be revealed in his own time. 7 For the mystery of lawlessness is already at work; only He who now restrains will do so until He is taken out of the way. 8 And then the lawless one will be revealed, whom the Lord will consume with the breath of His mouth and destroy with the brightness of His coming.

The mystery of iniquity did already work in Paul’s time. The only thing stopping the man of sin from being fully revealed in the church world was a certain hinderance which remained in place at that time. What is this hinderance? It is the Holy Spirit dwelling in the true church as God’s temple of habitation on the earth (Eph. 2:19-22). But surely, we can see this has nothing to do with the performance of Christendom in her responsibilities for the testimony of God during the Christian dispensation? Lawlessness was already at work; antichrists were already present. Peter says there will be false teachers among you, who will secretly bring in destructive heresies, even denying the Lord…many will follow their destructive ways…by covetousness they will exploit you with deceptive words (2 Pet. 2:1-3). Jude tells us he had to write to get Christians to contend earnestly for the faith…for certain men have crept in unnoticed…ungodly men, who turn the grace of our God into licentiousness and deny the only Lord God and our Lord Jesus Christ (Jude 3, 4). Early on, while men were sleeping, the devil planted his own seeds in the crop of Christendom. It has been a mixture of wheat and weeds from that point on (Matt. 13:24-30). The patience and longsuffering which keeps in place the hinderance of the full manifestation of evil is of God alone – the mercy of God which extends the time of the Christian dispensation. It is nothing of man.

I have done my best to show from Scripture the universal failure of man in his responsibility to care for the things God established for his blessing. Not only have I done so in this article, but in many other articles and chapters on this website or in books I have written. It is one of the greatest bible truths to fully understand. Mankind’s failure is indeed humbling, even humiliating to comprehend. The acceptance of this truth leads the believer to ask an even greater and important question – why does mankind always fail in the things of God?

The answer should be obvious. But again, the necessary self-awareness needed to see and accept this truth calls for the most genuine form of spiritual honesty and humility on our part. Self-esteem, self-confidence, self-worth – all such thinking will only lead us into the devil’s snares. If however, we are willing to allow God to open our eyes by the Holy Spirit and His word, then here is the answer:

The root cause of all man’s failure is the truth and reality of his fallen condition. Man has been proven by God to be a fallen sinner, utterly depraved, having no power or resources to alter his state or outcomes.

My dear reader, have you accepted this truth? (Mankind’s fallen state is discussed in detail in the following article, POST #94 – WHY DID JESUS CURSE A FIG TREE?)

You are here:Home / Redemption Truths / THE FAILURE OF MAN – PART II