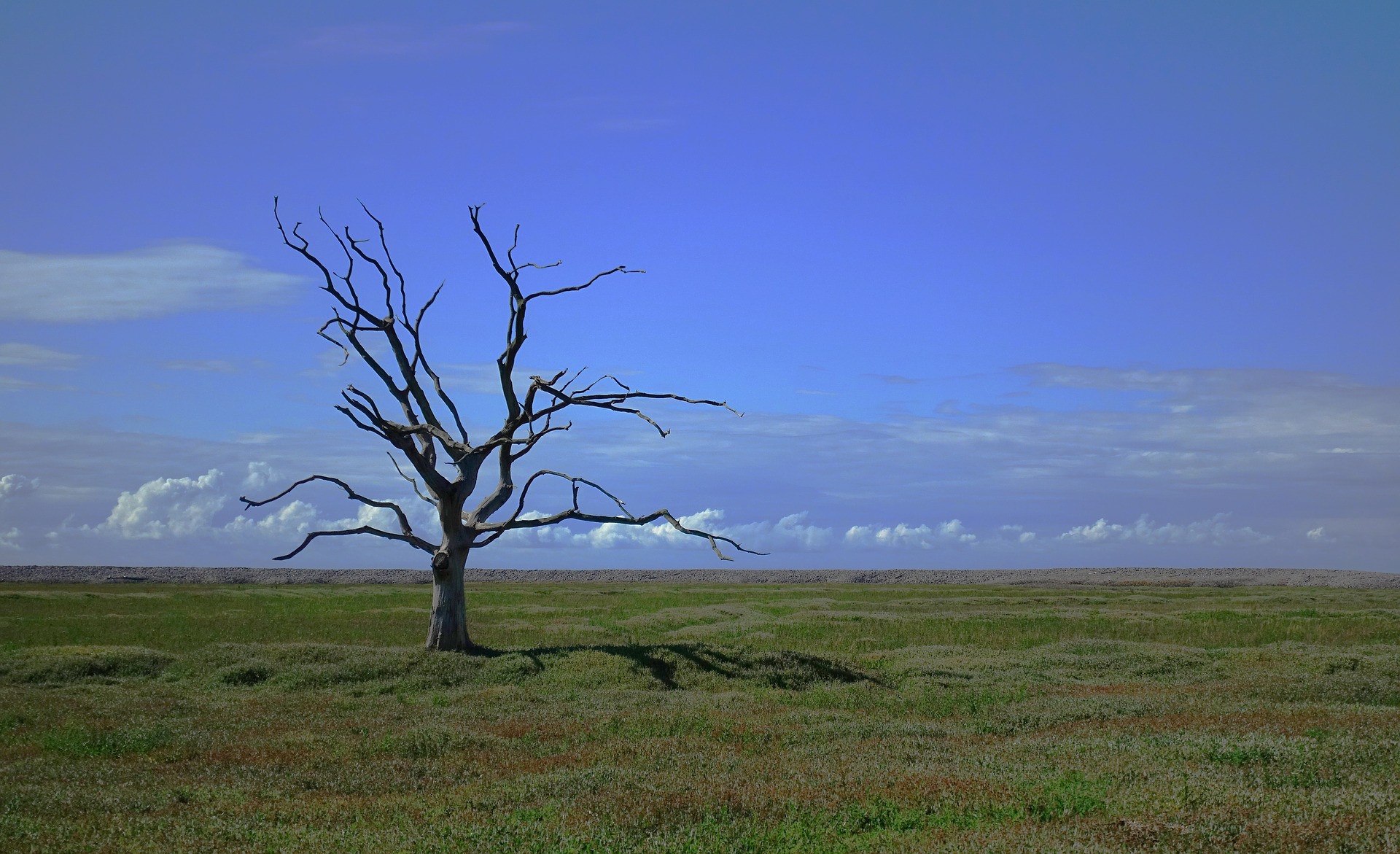 Summary: Written and Published May 10, 2021: Did you ever wonder what the fig tree did to deserve being cursed by Jesus? This article should clear up any mystery as to why this miracle was done by the Lord. The lesson of the cursed fig tree turns out to be one of the most important biblical understandings one may attain. Please read on and learn it. (A similar article to this can be found by clicking this link https://www.reintgenchristianbooks.com/mankinds-probation-purpose/)

Below we have the account from Matthew’s gospel of Jesus in Jerusalem approaching a fig tree because He was hungry. When He found no fruit, He cursed it. The tree immediately died. This was the power of God demonstrated in working a miracle, however, we all would admit that this was a very peculiar and strange occurrence in our Lord’s life and ministry. Why would Jesus curse a living tree and kill it? How are we to understand this event? Why is it in Scripture?

18 Now in the morning, as He returned to the city, He was hungry. 19 And seeing a fig tree by the road, He came to it and found nothing on it but leaves, and said to it, “Let no fruit grow on you ever again.” Immediately the fig tree withered away.

This incident is what I would call a living parable. Most parables are made-up stories which never actually happened. But we can see this event did happen, and so, as a parable, it is quite different from all other ones (as to my knowledge). Also, the oddity is that this miracle is distinct from all other miracles recorded in the Lord’s ministry. Healing the sick, raising the dead, casting out demons, and feeding thousands all have the character of God’s grace in doing good in alleviating the misery incurred by man’s sinful condition. But this miracle does not fit that qualifying description. So, what is going on here?

If this should be treated as a “living” parable, then what is its meaning? This we can begin to work through with some of the spiritual understandings most of us already possess as Christians, having a reasonable knowledge of Scripture. Most would acknowledge that the nation of Israel is often depicted in God’s word by the figure of the fig tree. This incident occurs near the end of the Lord’s ministry, only a few days before His crucifixion. His death on the cross would become the ultimate expression of Israel’s rejection of Him. Wouldn’t God judge Israel for this terrible sin? If the fig tree is cursed and immediately dies, wouldn’t this be a figure signaling the judgment of God?

With these basics we can dig deeper, as long as the picture we draw from the parable/incident continues to agree with the teaching of Scripture. As the fig tree, the nation of Israel had its inception when God delivered the Jews out of slavery in Egypt (the beginning of the book of Exodus). This began a time in which God only dealt with Israel, almost exclusively. They were His chosen people. He privileged them in blessing and nearness far above any other nation. I cannot here enumerate all the ways God privileged them, as I have done this extensively in other articles. What we can be sure of is that Israel was special to God (Deut. 7:6-9). This period of time in which God continued to exclusively deal with Israel, a time in which He continued to acknowledge their national calling, we would call the Jewish dispensation.

Scripture shows two specific responsibilities God entrusted Israel with during the time of their dispensation. The first was for the nation to obey and keep the covenant of law God made with them at Mount Sinai. This came at the very beginning of the dispensation. The second was for the nation to receive their Messiah/King when He was sent to them. This responsibility came from the promises God made to David concerning the continuance of his throne over the nation. Those with a minimum of bible knowledge know that the Jews miserably failed on both accounts. Both failures had their consequences in judgment from God. When God’s longsuffering ended with Israel and the law, the Babylonians destroyed Jerusalem and its temple. When God’s longsuffering ended with Israel crucifying their Messiah, the Romans destroyed Jerusalem and its temple a second time. All this was the judgment of God for Israel’s failure in the time of their dispensation.

Now the occasion when Jesus curses the fig tree is near the end of the Jewish dispensation. It is only a few days before His death. He is hungry and He comes to the tree looking for fruit. In Scripture, when God looks for fruit, it is always a figure of God looking for obedience to His will. Well, Jesus did not find any fruit on the tree – Israel, in the time of their dispensation, never really produced any national obedience to the will of God. Therefore, God’s judgment would come upon the Jews. Their dispensation would end abruptly. He would make their house desolate for a long time (Matt. 23:37-38 – this long period of Israel’s desolation is the time of a new dispensation which would succeed the Jewish dispensation). God would no longer acknowledge their calling and would set the nation aside. He would bring the Romans in to destroy their city and temple. Now He would only deal with them in judgment. The fig tree immediately withered away.

We know Israel is represented by different figures in Scripture. Here it is a fig tree. In Isaiah (Isa. 5:1-7), the nation is portrayed as a vineyard that God planted. The same figure is used in a different parable spoken by Jesus in Matthew (Matt. 21:33-40), giving a short history of the Jewish dispensation. Similar to a vineyard, the nation is depicted as a vine God brought out of Egypt and planted (Ps. 80). All these passages use figures that are things God may come to expecting to find fruit, and then finding none in Israel’s case, the consequences of judgment.

Part 2 – Why did Jesus curse a Fig Tree? – Digging Deeper

But this “living parable” of the withered fig tree has a deeper and broader meaning than the ending of the Jewish dispensation and the judgment of God upon Israel. While the other passages mentioned in the paragraph above, the “vineyard” and the “vine” figures, should be limited to the Jews, the withered fig tree has a special application. Please do not misunderstand me. The fig tree figure does certainly refer to Israel. However, in this example, the nation holds a special place of representation. The proper application in this “living parable” is that Israel represents more than the descendants of Abraham, but represents all mankind, all the children of Adam, the first man.

This becomes part of one of the most important truths of Scripture to comprehend. By it we gain the proper understanding of the Old Testament and much of the content of the gospels. The bottom line is that we must understand God’s purpose for all He did from the point when He chased Adam and Eve out of the garden, all the way to the time just before the cross and death of Christ. Granted, this was a long period of time – approximately four thousand years. Yet, God had only one over-riding purpose in it. What was it? What is this eye-opening truth by which we may dispel the perceived darkness that for so many of us clouds our reading and understanding of the Old Testament? The truth is this:

God spent four thousand years proving to mankind what his new state and condition was as the inherited result of Adam’s disobedience in the garden. Exiting the garden, man was now a fallen sinner and utterly depraved. This new state entailed only the consequences of judgment and condemnation from a holy and righteous God.

Now let us learn the hallmarks of this truth by defining certain associations related to it. As mentioned above, the four thousand years span the time from God chasing Adam and Eve out of paradise to just before the cross. We call this the time of man’s probation. In this time God tested man in three distinct ways:

It was then that Jesus said, “Now is the judgment of this world…”, that is, right before going to the cross (John 12:31).

God tested mankind in these different yet consecutive ways, not to discover some new revelation for Himself, but to show man his present state and condition as a fallen sinner. What was this? As a fallen sinner, all men were proven totally depraved. What does this mean? That mankind, all the descendants of Adam, all human beings born of father and mother, are slaves of sin. It means that all our righteousnesses are but filthy rags. No one has the power or strength, in himself, to do good. All mankind is an enemy of God and no one has the means or resources to change. Here is the apostle Paul, under the inspiration of the Holy Spirit, emphatically declaring what God has proven concerning man in his time of probation:

9 What then? Are we better than they? Not at all. For we have previously charged both Jews and Greeks that they are all under sin.

“There is none righteous, no, not one;
11 There is none who understands;
There is none who seeks after God.
12 They have all turned aside;
They have together become unprofitable;
There is none who does good, no, not one.”
13 “Their throat is an open tomb;
With their tongues they have practiced deceit”;
“The poison of asps is under their lips”;
14 “Whose mouth is full of cursing and bitterness.”
15 “Their feet are swift to shed blood;
16 Destruction and misery are in their ways;
17 And the way of peace they have not known.”
18 “There is no fear of God before their eyes.”

19 Now we know that whatever the law says, it says to those who are under the law, that every mouth may be stopped, and all the world may become guilty before God.

Pay close attention to the 19th verse above in Romans three. The law spoke to the Jews who alone were given the law by God. When they failed to obey the law, the whole world was deemed to be guilty before God. Why? They were the nation that God privileged far above any other nation. God chose and favored them, making them special to Himself. It should be obvious. Israel was the test case representing all mankind during man’s probation period.

The “living parable” of the fig tree has this expanded meaning: Mankind’s period of probation, having lasted four thousand years, was finally coming to an end. God never found any fruit from man as a fallen sinner. The cursing of the tree and its withering away corresponds to God’s judgment and condemnation of all the children of Adam, all men in the flesh. He is deemed to be dead in his sins and sold under sin. It is pronounced that this state and condition never changes – “Let no fruit grow on you ever again.”

You are here:Home / Redemption Truths / WHY DID JESUS CURSE A FIG TREE?