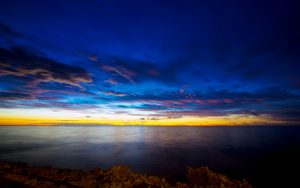 The secret part of God’s eternal counsels, which He kept hidden from ages past and not revealed until after the Holy Spirit was sent down at Pentecost, was twofold: first, the universal exaltation of Jesus Christ as the glorified Man over all God’s creation (Eph.1:9-10); second, that this glorified Man would have a mystical body in union with Him as its Head, sharing with Him in all things He would be given by God as this exalted Man (Eph. 1:17-23, 3:1-11). Therefore, the body of Christ and everything associated with it cannot be found directly spoken of anywhere in Old Testament Scripture. This association would include individual Christians as members of the body of Christ, Christianity as a religion sanctioned by God, and Christendom as the corporate body representing God’s testimony in the Christian dispensation – all part of God’s mystery.

More discussion on Christianity being “hidden” from Old Testament Prophets:

Chapter Twelve – The Church is not Israel; Israel is not the Church

THE MYSTERY OF GOD – HIDDEN FROM THE BEGINNING OF THE AGES

You are here:Home / THE CHURCH, AS THE BODY OF CHRIST, IS THE MYSTERY OF GOD THAT WAS HIDDEN FROM OLD TESTAMENT PROPHECY AND ITS PROPHETS