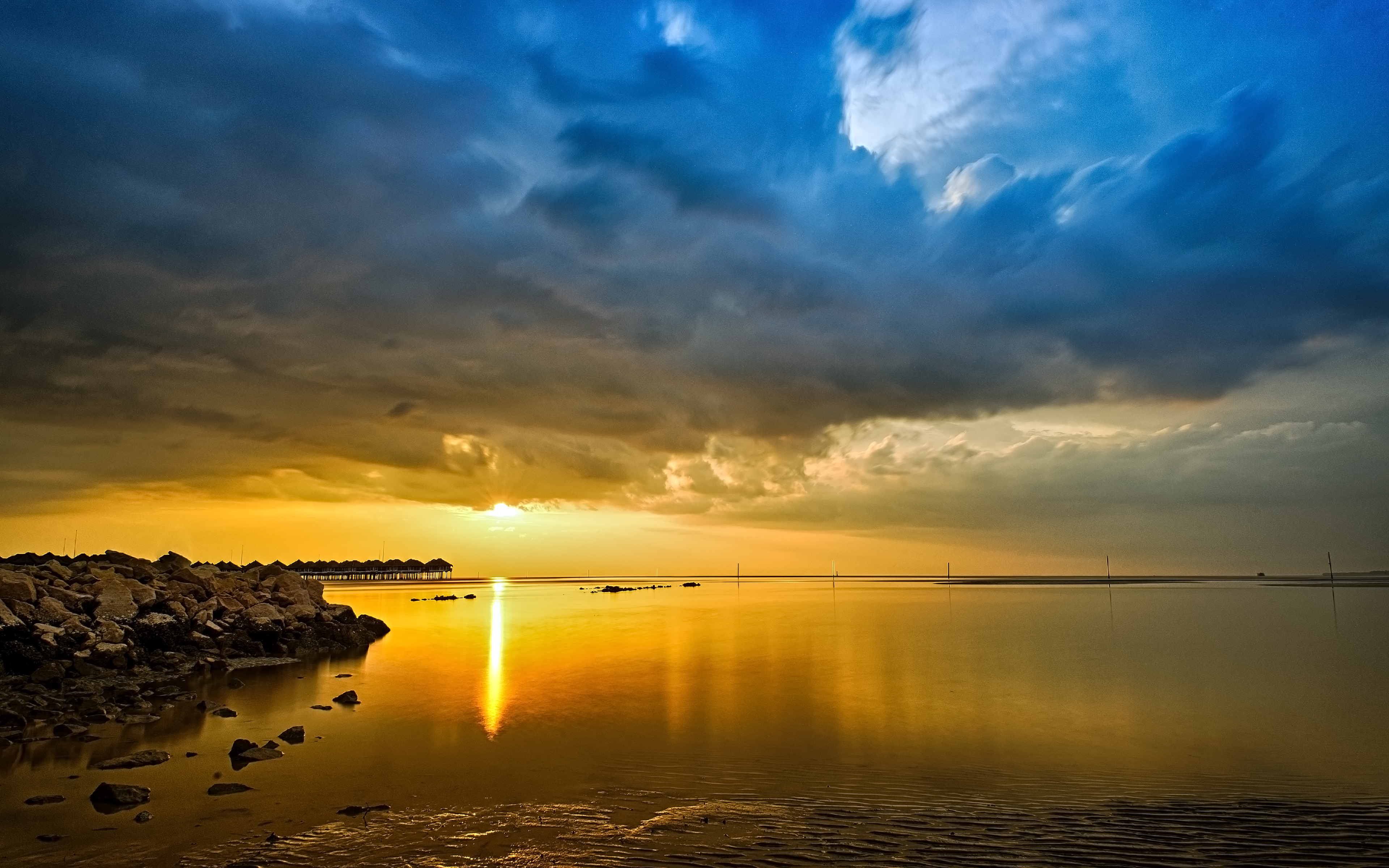 Summary: Written and Published in March 2020: The names by which God revealed Himself to Israel are different from what He used in revealing Himself to the church. The names speak of specific character of God which becomes intimate in the existing relationship. These relationships exist in different periods of time known as dispensations, depending on the calling of the group God is presently acknowledging. At the present time God recognizes His calling of the Christian/church (Heb. 3:1) and has set aside for a time the calling of Israel (Matt. 23:37-39). As Christians, we should see the importance of fully understanding the uniqueness of the relationship we have with God, and the consequent privileges and blessings associated with it. And a tremendous by-product of this will be an increased ability to recognize in Scripture passages teaching Christianity, Christian doctrine, Christian discipleship, and the principles of the Christian dispensation.

In their history, the Jews are known as God’s chosen people. God had a relationship with His ancient people Israel that was different from everyone else. With the Jews He was known as Jehovah Elohim Shaddai, the Lord God Almighty. This is the eternal One, who will always be faithful to keep covenant and fulfill His promises to them, who is mighty to deliver them from all their enemies. When Israel is finally restored in their land during the future millennium, this is how they will know Him. Also, at that time, He will be known to them as the God Most High, Possessor of heaven and earth. He will have removed Satan from the heavens and banished the god of this world from the earth for a thousand years. Jesus, the Melchizedek priest, representative of God Most High, will abundantly bless Israel after the defeat of their enemies (Gen. 14:18-20, Heb. 5:6, 10, 6:20, 7:1-7). [Article #86 explains Israel’s relationship with God in greater detail]

The relationship that God has with the Christian/church through Jesus Christ is very different from that described above with Israel. Through faith in Jesus Christ, all true believers are declared to be sons of God (Gal. 3:26). God is their Father. After being raised from the dead, Jesus appeared to Mary by the tomb and said this:

Jesus said to her, “Do not cling to Me, for I have not yet ascended to My Father; but go to My brethren and say to them, ‘I am ascending to My Father and your Father, and to My God and your God.’ ”

This describes the new Christian relationship – His God is our God and His Father is our Father. His God refers to Jesus as the Son of Man; His Father refers to Jesus as the Son of God. By His work, Christians are redeemed men as well as made sons of God. The above statement coming after His resurrection, this new relationship is based on resurrection – believers have been raised from the dead with Christ (Eph. 2:1-7, Col. 2:11-14).

We can see that the Christian relationship with God is two-fold. There are certain redemptive truths and associations based on Jesus being the raised and glorified Man, and others based on Jesus being the Son of God. As the Son of Man, Jesus suffered, was crucified and put to death on a Roman cross. After three days He was raised from the dead and exalted to the right hand of God. He is now the glorified Son of Man. This positioning of Jesus as the glorified Man brings out many blessed redemptive truths now associated with any person found to be “in Christ” by faith. The church, the assembly of the redeemed, as individual believers united together, form the mystical body of this glorified Man (Eph. 1:15-23).

We can understand why Jesus had to humble Himself and become a man, even though He is eternally God the Son (Phil. 2:5-8) – it had to be a man who accomplished the redemptive work in order for other men to be saved, redeemed, and reconciled (Col. 1:13-14, 21-22). Even though as God He created all things and therefore has the right to inherit them as the Son (Col. 1:16-17, Heb. 1:2), it was as a man completing the redemptive work that all things will be reconciled to God (Col. 1:20). It is Jesus, as the glorified Man, who will receive the inheritance of all created things, visible or invisible, in heaven and on earth. And by His work, God has qualified every Christian to be a partaker of this inheritance (Col. 1:12, Eph. 1:11). As believers, God has made us heirs and joint heirs with Christ (Rom. 8:17, Gal. 4:7).

However blessed it will be for Christians to rule and reign with Jesus over the millennial world, this will not be their highest and best privilege resulting from their new relationship with God. This belongs to the other aspect I spoke of above – His Father is our Father. In Christ, the relationship which all true believers are in is one where God is our Father and we are His sons. This side of the relationship speaks more directly of love, intimacy, and affections – a very special place of privilege. “And because you are sons, God has sent forth the Spirit of His Son into your hearts, crying out, “Abba, Father!”

This relationship we speak of is exclusively Christian. It is not the relationship Jews have with Jehovah, nor the one unbelievers have with their Creator. It is strictly Christian. Only men “in Christ” are redeemed and made heirs of God; only Christians are sons of God and have Him as their Father (Gal. 3:26).

Why was Jesus sent by God into the world? If we depend only on Scripture to answer this, it should keep us free from human reasoning. The answer we find in God’s word is two-fold:

When God sent Jesus into the world, He knew that Israel would reject Him. But this was God’s plan. It was God’s will and purpose (Acts 2:23). This important realization is confirmed by the string of scriptures listed in the first point above. The first chapter of John’s gospel has the Jews and the world rejecting Christ when He came (John 1:10-11). It is a feature which characterizes all of John’s writings — the Jews are always spoken of as in the position of being reprobate and set aside by God. Where Matthew’s gospel shows the transition taking place between the Jewish and Christian dispensations in progress, the Spirit in John’s gospel considers the Jewish dispensation ended from the beginning of his writing.

The entirety of John’s gospel teaches the principles and doctrines of Christianity. Exclusive to this new religion is the relationship between Christians and God – He is their Father and they are all sons of God through faith in Jesus Christ (Gal. 3:26). Believers are sons of God because they are born of God, instead of physical parents (John 1:12-13). It makes perfect sense that the Son, being sent by/from God (John 3:34, 4:34, 5:37, 7:29), would have the responsibility of revealing God as the loving heavenly Father of/to those He chose to be His sons (Matt. 11:25-27, Luke 10:21-22).

And the Word became flesh and dwelt among us, and we beheld His glory, the glory as of the only begotten of the Father, full of grace and truth.

No one has seen God at any time. The only begotten Son, who is in the bosom of the Father, He has declared Him.

No one has ascended to heaven but He who came down from heaven, that is, the Son of Man who is in heaven.

Not only was Jesus responsible for revealing God as the Father in the soon to be Christian relationship, He was the only one in human flesh capable of doing so. There was no one else eternally in the bosom of the Father (the Son), and no one else who came down from heaven (the Son of Man). His capacity and fitness to bring this revelation was because He was God in human flesh – only God knows God, and only God can reveal God. Therefore, by sovereign grace, God would be revealed as Father only to those Jesus would choose (Matt. 11:25-27). We know this group as individual Christians who together form the true church.

5 Thomas said to Him, “Lord, we do not know where You are going, and how can we know the way?”

6 Jesus said to him, “I am the way, the truth, and the life. No one comes to the Father except through Me.

7 “If you had known Me, you would have known My Father also; and from now on you know Him and have seen Him.”

8 Philip said to Him, “Lord, show us the Father, and it is sufficient for us.”

“As the Father loved Me, I also have loved you; abide in My love.

Now before the Feast of the Passover, when Jesus knew that His hour had come that He should depart from this world to the Father, having loved His own who were in the world, He loved them to the end.

He who has My commandments and keeps them, it is he who loves Me. And he who loves Me will be loved by My Father, and I will love him and manifest Myself to him.”

Jesus answered and said to him, “If anyone loves Me, he will keep My word; and My Father will love him, and We will come to him and make Our home with him.

for the Father Himself loves you, because you have loved Me, and have believed that I came forth from God.

I in them, and You in Me; that they may be made perfect in one, and that the world may know that You have sent Me, and have loved them as You have loved Me.

And I have declared to them Your name, and will declare it, that the love with which You loved Me may be in them, and I in them.”

The Father loves the Christian in the same way as He does Jesus, His Son. There is no greater love. It is hard to properly fathom the place and privileges believers have been given in this new relationship. It is the same relationship Jesus now has with His God and Father (John 20:17). This is how the Spirit of God used the apostle John to express these truths. You may have noticed that a high percentage of the scripture referred to above is from John’s gospel. But Paul confirms this relationship and its associations in all his epistles. Its just that the Holy Spirit through Paul takes these truths and realities to a higher place than John or Peter ever do. In Hebrews, the relationship connects with a heavenly calling (Heb. 3:1); Philippians speaks of the believer’s heavenly citizenship (Phil. 3:20). In Ephesians, Christians sit in heavenly places in Christ Jesus (Eph. 2:6) and will be blessed there with all spiritual blessings (Eph. 1:3). It is God’s purpose to do so in heavenly places for all eternity (Eph. 2:7).

The following is for your study:

You are here:Home / Articles / THE REVELATION OF GOD TO THE CHRISTIAN/CHURCH