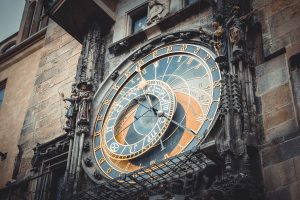 Probation means that God took the time to test mankind in order to prove and expose to man himself that he was incapable of obedience to God in his newly acquired fallen condition. If we exclude man’s time in paradise, his period of probation lasted from Adam and Eve being chased out of the garden all the way to the crucifixion of Jesus Christ. When left on his own, mankind became so evil God had to destroy the world by a flood in the time of Noah. Then God chose the nation of Israel to represent mankind in His testing: first, He gave the Jews His law, but they could not keep it; finally, He sent His Son as their promised Messiah/King, but they would not receive Him. By the time of the cross God had finally declared mankind to be lost and without hope, and He condemns the world and its prince (John 12:31, Matt. 21:19). Man on probation is not the same as mankind condemned and declared lost. Probation refers to the period when God was proving to man the utter depravity of his fallen state (Rom. 3:10-18). The results are found here (Rom. 3:9,19). Under probation, mankind was tried three different ways: without any law, with the law of God (Jews), and finally by the sending of His Son into the world (Jews).

More information and examples of what it means that God put man on probation can be found here:

You are here:Home / GOD PLACING MANKIND ON PROBATION